Here are my notes about three articles from academic journals dealing with the concept of the collective unconscious. They are:

Ginach, Michal. “War Against or For Terrorism?: The underlying fantasy behind the Israeli pattern encounter with the Palestinian”. Discourse of Sociological Practice 6 (2004): 1-12.

His article proposes a review of psychoanalytical theory in view of linking it to sociological theory. It is interesting, and unusual, as most people who try to link the two realm are usually reductionists. They try to reduce sociological theory to individual psychology. Furth proposes that the individual’s unconscious is created in relation to social forces. The unconscious is shaped by the “acquisition of societal language, awareness of societal rules and roles, and most significantly, the formation of a mental world (fantasy, imagination, play). All these accomplishment are evidence of a spontaneous societal construction on the part of children. Social pretend play can be most obviously interpreted as the free creation of a symbolic microsociety” (p. 99)

And then again, he underlines that: “societal grouping, symbolic values and ideals, norms of conduct, role of ages and gender, strategies of domination/submission and cooperation, search for mutual respect, a conventional communication, all these are constitutive of a human society and at the same time, are precisely the psychological acquisition that spontaneously come to fore in the age period from 2 to 6.” (p. 99)

Based on the above, it possible to understand that “the personal unconscious as a part element within a more global psychological structure which I like to call the social, or better, the societal unconscious. Since, as we have seen above, children’s chief object in their mental construct is a societal world, primal repression of these constructions takes on a societal character.”(p. 101)

His article is really about the Israeli-Palestinian conflict, but what makes it really interesting for my project are the methodology and the concepts he is using to understand the collective unconscious. His main argument is inspired by the analysis of Slavoj Zazek, who argued that the tragedy of 9/11 in the United States was “provoked” by the fantasy produced by Hollywood prior to 2001 about major terrorist attacks against the U.S. mainland. The American collective unconscious came to “wish” for such an attack, and it did occur. Ginach proposes a similar analysis about the Israeli society. This argument is not based on parapsychology, but rather as a sociological and political science application of psychoanalysis. (However, parapsychologists have noted that unconsciously “wishing” for something plays a role in creating psi effects). This type of research clearly fits in with what some call the “depth sociology”, as it involves looking into “people’s social unconscious to search for pre-axiomatic premises that structure their shared knowledge” (p.1).

Ginach also builds on the concept of imagined societies in Benedict Anderson’s Imagined Communities—Reflections on the Origins and Spread of Nationalism (London: Verso, 1983) (here a direct link can also be made with Castoriadis’ L’institution imaginaire de la société (Paris: Seuil, 1975)). The key here is that any society, to be self-recognized as being a society, needs to invent itself collectively (hence, the key role of nationalism and of social institutions). For instance, the “Canadian“ is a 19th century invention built on the prior invention of the “Canadien” (i.e., before the word “French” was added by hyphenation to the word “Canadian/Canadien”). The word “Québécois” is, similarly, another invention of the 1950s and 1960s. Before that the word was used only to identify people from the Quebec City. This shows how communities, to exist, need to invent themselves, and people to truly believe in it. What fills the content of these invented communities becomes unconscious overtime. It is shared through innocuous day-to-day activities, through literary work, governmental policies, artistic activities, etc. Parts of its content, however, remains collectively conscious under what is called the collective memory (i.e. historical events that are considered as particularly meaningful). The selection of which events is to be remembered, however, is itself a matter of political power. For instance, in English-Canada events related to the British presence were remembered actively until the 1970s, but were gradually changed for events that underline the multicultural nature of Canada. This shift was due to a major power shift among the elite from more conservative people to more liberal (particularly under Trudeau’s reign).

Ginach, quoting John Gillis states that “identities and memories are not things we think about, but things we think with ... they have no existence beyond our politics, our social relations, and our histories”. (p. 2). Then, he goes further in stating that this identity is both filled with myths, legends, and official history (p.3). This is an important point for parasociology. If the belief in the paranormal plays an important role in creating psi effects, then a collective acceptation of particular myths about the paranormal is an important indicator to identify.

From a methodological standpoint, studying the unconscious is always problematic because it is trying to find what is not said. Ginach proposes some useful methodological tips. He used interviews and focus group with ordinary people, as well as doing narrative analysis of newspaper to “decipher an underlying world-view behind this shared political discourse that may also fit the symbolic meaning of various political actions and strategies of Israel” (p. 1). He uses a psychoanalytic framework in trying to identify what Israelis refuse to know (p. 3). Lastly, he proposes that his “reading takes clues from what is not said, from the timing of Israeli actions and their meaning in relation to the particular situation at the moment, and from the Israeli form of response to Palestinian attacks” (p. 4).

From a parasociology standpoint this is useful. The same concepts and methodology can be used for assessing the collective unconscious of particular communities, and contrast such assessment with the particular personality found in RSPK (see Roll) and the psycho-social dynamics of RSPK (see von Lucadou). From a pragmatic standpoint, it would be probably easier to start with communities which have ongoing Sasquatch and other strange creature sightings. This is closer to RSPK than UFO waves are, as the latter tend to be much more unpredictable. I am starting to think that UFO waves have probably more in common with phenomena like the apparitions of the Virgin Mary, as they are more intense, more public, but also more short-lived. (Joaquim Fernandes and F. D’Armada. Heavenly Lights: The apparition of Fatima and the UFO phenomenon. San Antonio: Anomalist, 2005, is next on my list).

Hayes’ article is about comparing the knowledge in physics about black holes to the knowledge of the unconscious. The article is not terribly convincing, and the main topic is outside the realm of my project. However, he has an interesting paragraph about studying the collective unconscious that made me think.

“This is a journey of myth-telling, in which art, science, and psychology are combined into a phenomenon which may or may not exist in literal concrete terms, but which does exist as a matter of the human soul. It is spoken by the soul as a metaphor for what appears to be a collective disease – i.e., an image of ‘anxiety and feeling of one’s self being drawn into a void’. And in most severe forms, it becomes the absorption of the conscious life into deep unconscious recessions brought about trauma or repression of psychic content (archetypes) that are denied conscious acknowledgement and assimilations” (p. 4).

This quote, put in parallel with Ginach methodology, brings further refinement. Parasociology should look for actions that need to be done by a community to improve its lot, but that are not done, and that not doing it (and its implications) is not even discussed. A covert, not acknowledged and not act upon collective anger and frustration should be a key variable in communities experiencing collective RSPK-like events. So, instead of looking at collective actions as Ginach proposes, I should look into counter-productive collective inactions. 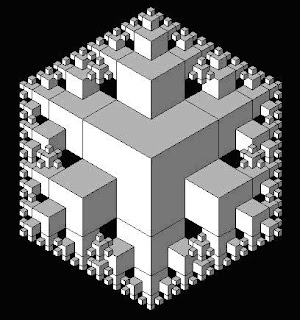 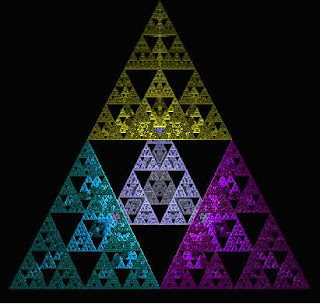 Then, if the individual unconscious produces psi, there are very good reason to think that the social unconscious is producing psi as well.

In the same line of thinking, some argue that the arts are what give us access to the unconscious of a society. As well, many future social forms are pre-figured in the arts. This is the argument put forward by Zizek (and used by Ginach). I would go one step further, and say that artistic work in a society is what remote-viewing is to individuals. Both draw and describe what they see, both seem to mix the present and the future, both are mixing up “analytical overlay” with the psi signal. The French historian of science, François Favre, stated that psi is actually a very common thing, even something banal. I must say that he may right after all.

To use Ginach’s approach, societies (like individuals) have an identity and the content of such identity informs us of both the collective consciousness and unconscious. The key, to access the social unconscious is to see what is not found in the consciousness (official discourse, common views, etc). Furthermore, collective actions or inaction can inform us of the actual content of the unconscious. For instance, at one point I was an industrial development officer and I went to a community in Northern Ontario that lost its main industry (a mine). The town was depressed and run down, and so were the people. They claimed to be proud people, but they unconsciously did everything to sabotage the possibility to access the funding program I was in charge of managing. Their action (or inaction) spoke a lot about the true self identity that is unconsciously lived by that community. Hence, from a methodological standpoint, Ginach’s approach appears sound to me. Once again, such an approach can be useful to identify “personality traits” of a community, and try to link it up with RSPK-like events.