New perspectives on the notion of collective unconscious


I am re-wrapping my head around the Zeitoun case, but here is something new.


Thank you for your patience.

The sociologist Susan Greenwood (1990) noted twenty years ago that Émile Durkheim’s concept of “collective consciousness” and Carl Jung’s notion of “collective unconscious” are very similar in their explanatory structure, and draw from a common origin in the writings of the early 20th century French anthropologist Lévy-Bruhl. The psychologist Harry Hunt (2012) came to the same conclusion in a recently published article (without referencing Greenwood’s paper in any shape or form). 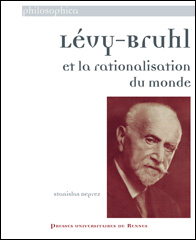 What makes Hunt’s paper particularly interesting is that his paper was based on the recently discovered Jung’s Red Book, a journal where Jung wrote his most inner thought about various aspects of his research and therapeutic practice. This additional confirmation that the notions of collective consciousness and collective unconscious are closely related constitutes an important argument in support of the parasociological project.


Most parapsychologists agree that psi-related phenomena are somehow linked to unconscious processes. By extension, a fundamental premise of parasociology is that social psi phenomena should be linked to collective unconscious processes. For this reason, Jung’s research on what he termed the “collective unconscious” is of primary interest in parasociology. Yet, Jung was less than clear on what he meant by collective unconscious. This was, in many ways, because he was addressing a topic that could easily be turned into ridicule by the scientific establishment of his time. Having now the benefit of his inner thoughts from the Red Book, many ambiguities in his writings can be resolved.

The first ambiguities that Hunt attacks is whether the collective unconscious is something based in our biology (genetically hard wired) or something based in common human experience (and thus being collectively shared through culture and language). Jung tended to propose a biological explanation but it was mainly because biological reductionism was very much the dominant flavor in academic circles in his days, but he could see also a cultural version of it too. In light of modern advances in neuroscience, it appears that it is a bit of both, and Jung’s ambivalence was actually warranted. The human brain is hard wired to grasp the surrounding environment by using some fundamental mental structures. As Hunt notes, “in cognitive psychology, Lakoff and Johnson (1999) have similarly identified cross-modal ‘image schemas’ (container, path, centre, force, etc.) that not only underlie all thought, but seem necessary as the inner form of fully adult feeling – as differentiated senses of anger as ‘heated’, ‘streamed’, ‘boiling’, ‘exploding’ (see also Knox, 2004). These metaphors, already exteriorized in nature, will also be broadly cross-cultural, but independent of any specifically phylogenetic or ancestral mind” (2012, 79). And later he adds that “Jung’s collective unconscious most directly defines a kind of symbolic cognition” (Hunt 2012, 80). 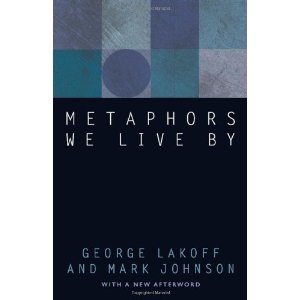 In other words, the collective unconscious is collective because, on one hand the human brain is wired to think in certain ways, while on the other hand there a number basic common human experience (hot and cold, wet and dry, male and female, etc.) that provide fundamental metaphors for our thinking. Culture, then, builds on those basic wiring and common experience to deal with the particular situation of a given community (hence explaining the great degree of variation between cultures).


As Hunt underlines, “in socio-cultural terms it is comparable to Durkheim’s (1912) concept of ‘collective consciousness’, which he understands as most apparent in the ‘collective representations’ of myth, ritual, and religion. This idea of a ‘collective consciousness’ takes on a cross-cultural component once we add in the largely unconscious roots of archetypical imagination in Lakoff and Johnson’s ‘image schemas’ – as also embedded within the expressive patterns of physical and animate nature, and so continuously available as exteriorized sources of metaphor” (2012, 80). 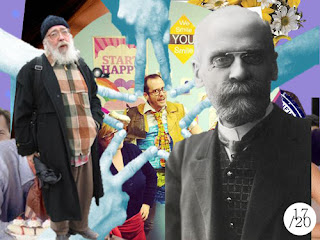 The sociological concept of collective consciousness can be easily re-defined as the external (or observable) dimension of the collective unconscious. For instance, in most cultures major aspects of reality are gendered, but not in the same way—in patriarchal societies the moon is oftentimes construed as feminine because it is the reflection of the sun (the male principle), yet in a few societies the moon is represented as a male concept because it is at night that warriors get ready for battle and having moonlight is critical. Either way, the moon is assigned a gender, as a common and deeply wired way of relating to reality.


This brings us to the Jungian notion of archetype, the fundamental building blocks of the collective unconscious, according to Jung. Archetypes are deeply internalized in the unconscious, and they are “idea-and-feeling forms” (i.e. ways of thinking with an emotional value) that become strongly associated with a natural form or object; e.g. light is good because this allows us to live; we tend to have special positive rituals about the sun and sunlight--like going in vacation to sunny places in the middle of winter...). To put it differently, archetypes are special nodes of the human mind that we all share in way or another, thus making the collective unconscious that will be seen in various myths and social practices. To take another example, one well-known archetype is the magician (also known as the wise man). It is this idea-feeling we have when we meet someone more knowledgeable than us. It is based on our brain wiring of quantity thinking (i.e. more or less knowledge) and on a common childhood experience of meeting an adult who by definition is more knowledgeable (well, one hopes so!). 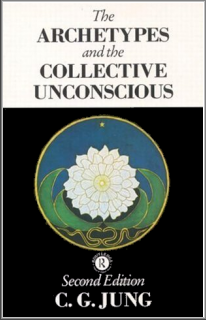 One can see the direct link between archetypes and common recurrent themes found in collective representations such as myths and rituals (e.g. god is often represented as an older man in the Western world). Once again, the psychologist Jung and the sociologist Durkheim are treading on the same waters. As Hunt put it, “as with Jung, fully developed mythological thinking is not a simple handover from childhood animism, but is itself metacognitive. It is an expressive cognition of underlying cognitive processes, but here on the grounds of cognitive psychology and sociology” (2012, 84). In other words, our collective imagination and representations are the visible expressions of our collective notions deeply buried in the unconscious.


Archetypes, even if they are lived at the individual level, are in fact showing us that we tend to thinking and feel in very similar ways at the unconscious level. As Hunt wrote, “in the modern West, with our extreme individualism, inevitably shared by Jung himself, we tend to miss the socially collective nature of ostensibly individual states of high imaginative absorption and numinous imagery” (2012, 88). As an interesting empirical support for this notion, Hunt (2012, 90) notes Beradt research on ordinary German night dreams during the mid-1930, which were pointing towards impending disasters on Nazism and the Second World War. One could go further and say that the entire field of anthropology is based on the notion of understanding how myths are constructed, shared, and how the regulate the life of pre-modern societies. Similarly, research in marketing is very much based on seeking the archetype that would support the sales of a particular product. The empirical evidence to support the collective nature of archetypes is overwhelming, and one could say that without the collective unconscious and archetypes, society and especially large complex modern societies would simply not be possible.


This brings us to the interesting notion that archetypes can be activated also at the collective level, not just at the individual one. For Jung, when an archetype is activated (it becomes present in our consciousness through dreams, visions, or just ideas popping-up in one’s mind) , it means that something unconscious is bothering us and the archetype can be used as a clue for the clinical psychologist to help the patient.


But Jung ventured a bit further, and this where his research become particularly useful for the parasociological project, in stating that in some situation an archetype can activated in an externalized way through synchronicities (meaningful coincidences) or paranormal phenomena. This essentially means that one’s unconscious is using external means to get attention about a problem. This was explored by parapsychologists at the individual level (and it is one of the main explanations proposed for poltergeists events or RSPKs). With respect to the usefulness of Jung’s notions, now better understood through his insights described in the Red Book, there is no logical reason to reject the possibility of collectively activated archetypes being also exteriorized through collective synchronicities and paranormal phenomena.


One important dimension of collective archetypal activation is the issue of time. For spontaneous paranormal (or psi) cases, the same unconscious problem would require to bother many people at the same time. In this regard, I found an interesting article by Tim Edensor (2006) that speaks to both deeply held and shared beliefs (archetypes) and time. Here is a somewhat long quote that sums up well the gist of his argument. 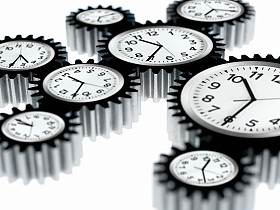 “Part of the way in which rituals and habits cited above ‘enable the nation to be thinkable, inhabitable, communicable and therefore governable’ (Mercer, 1992: 27), is through synchronization, the simultaneous participation of millions of people in timetabled routines. Zeruvabel (1981) asserts that synchronization is a fundamental principle of social organization which usually eludes analysis, overlooked because of its familiarity. Repetition is surely essential to identity, for without recurrent experiences there would be no consistency given to experience, no temporal framework within which to make sense of the world. As I have already mentioned, the state synchronizes much nation-wide practices, regulating the time spent at school, work and the release of exam results, governing drinking hours, and so on. But in addition to this official temporal framework for everyday living, national synchronicity is achieved through temporal customs about when and where specific social practices should occur.” (Edensor 2006, 534)


As well, if modern societies are more complex than pre-modern ones, this does not mean that they not have means to share myths at the same time, and thus allow archetypes to be activated. As Edensor notes from other researchers: “Moores describes this mediatized timetabling as the ‘domestication of national standard time (1988: 67), and Silverstone highlights how television schedules organize household routines through which time ‘is felt, lived and secured’, producing repetitive viewing experiences embedded in the times of biography and the life-cycle, and in the time of institutions and societies themselves’ (1994:20). In this way, television links ‘the national public into the private lives of its citizens, through the creation of both sacred and quotidian moments of national communion’ (Morley, 2000: 107)” (Edensor 2006, 535).


Now, with the advent of the Internet and satellite television, time is spent in a less homogeneous way, as a greater amount of content can be viewed on a wider timeframe. But standard time routines have not changed that much (Edensor 2006, 541-542). This idea supports my argument that the UFO phenomenon might be in declined because we are less synchronized as societies (post-modern) than during the "television era", mostly occurring in North American from the late 1940s to late 1990s.


Nevertheless, this issue of temporality of collective action, combined with the greater similarity of thought and feeling found in what has been termed the collective unconscious create the necessary conditions for social psi to be possible.