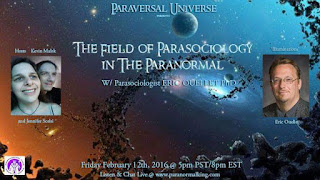 http://mixlr.com/paranormal-king/showreel/paraversal-universe-wparasociologist-eric-ouellet/
Posted by Eric Ouellet at 6:39 PM No comments:

I gave another interview, this time with The Paracast. It is available at:


And more to come soon.

Could UFO sightings be considered as apparitions?

Students of the paranormal have spent a lot of energy since the 19th century trying to understand a phenomenon that came to be known as “apparitions”. This words usually evokes images of the Spiritism séances operating in semi-darkness led by a mysterious medium showing ectoplasmic material moving on its own. A classic book on the topic, Phenomena of Materialization, by the Baron Von Schrenck Notzing published in its English version in 1923, is still reprinted today. Similarly, the various research conducted by the Society for Psychical Research on ghosts and haunting were essentially focussed on apparitions. Once again, we can cite the famous study Phantasms of the Living by Edmund Gurney, Frederic Myers, and Frank Podmore, published in 1886. 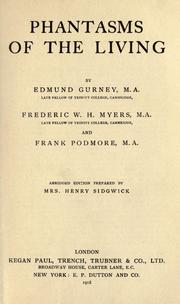 Of course, a number of observers have made a connection between some of the UFO experience and the literature on apparitions. Jacques Vallée in Passport to Magonia, published in 1969, established a number of similarities between folkloric apparitions and UFO occupant reports. We can also note that the so-called encounters of the fourth kind (alien abductions) have also a lot in common with more classic apparitional experiences. The famous parapsychologist Scott Rogo wrote UFO Abductions in 1980, concluding along those lines. Taking an even wider perspective, Hilary Evans published in 1984 Vision, Apparitions, Alien Visitors: A contemporary study of the entity enigma, where he shows that UFO occupants, ghosts, religious visions, etc., have also a lot in common once the experience is analyzed outside the beliefs system that surrounds each of them. Finally, Jenny Randles, in Mind Monsters (1990), looking at a variety of odd and unclassifiable stories proposed conclusions quite similar to Evans. 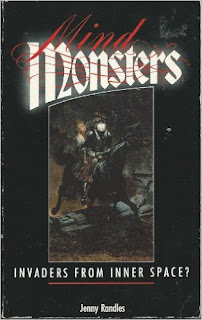 The real question here is whether most UFO events are not in the end apparitional experiences? The Hynek typology of 1st to 3rd kind encounter, which has been quite central to ufology, and the so-called extra-terrestrial hypothesis (ETH) have created a mental construct where the concept of apparition only applies when one sees the UFO “driver”. But this need not to be. 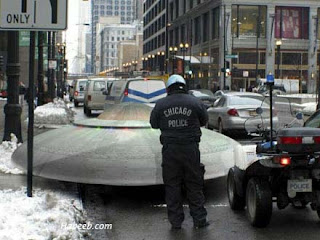 The first mental hurdle to deal with is that one does not need to have a non-human entity to see an apparition. Stories of ghost ships, which are normally considered as apparitions, have been around for a long time, and do not necessarily involve any ghost sailors. Ghost airships, and ghost planes were often considered as apparitions, even if no “driver” was seen. More recently, stories of ghost cars without a driver have been part of modern folklore. In effect, an apparition is simply sensing something external that has no known explanations to the witness; it is an anomaly. The second mental hurdle is linked to the notion of hallucination. If someone sees an apparition and there is no physical object actually present, then one is considered as not mentally well, and hence the experience is declared irrelevant. The fact that there would be no actual physical object does not mean that the person is mentally ill. In fact, the vast majority of apparitional reports (of all kinds) are coming from mentally fit individuals. The lack of physical object does not preclude the possibility that there might be an external input. An apparition might be considered as information (oftentimes visual, but not always) acquired through non-normal means, which is the actual definition of Extra-Sensory Perception (ESP). The role of telepathic hallucinations in ghost and haunting experiences has been suspected for a long time by those who seriously studied such phenomena. Logically, there is no reason why UFO events would not be apparitions as well. 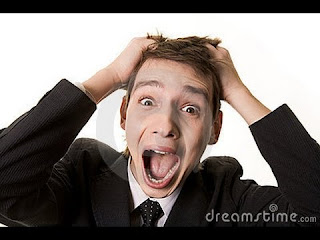 For instance, I was appraised of a very recent case in Hamilton, Ontario, Canada where two groups of people in two separate automobiles made separate UFO reports without being aware of what happen to the other group. They were waiting for a light change at a busy intersection in broad daylight and saw a strange object not far in the horizon, very visible. We have multiple witnesses in two different and unconnected groups. Yet, in spite of the fact that the object was perceived as being quite close, no one else at that busy intersection saw it (otherwise it would have been in the news!). This event has a lot in common with ghost and haunting experiences where not all the witness saw something in spite of looking in the same direction. Like a ghostly apparition it appeared and disappeared suddenly, it left no traces (no reports of anomaly from the nearby international airport). And interestingly, in the traditional ghost literature, road intersections were “hot spots” for ghost sightings. Given the structural similarities of this UFO experience and ghost haunting, there is no good reason not to consider it an apparition. In other words, once one removes the ETH mental blinders, then a different picture emerges. 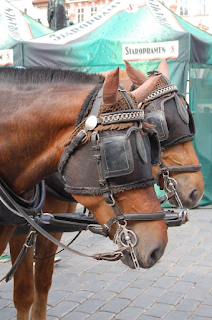 So, it is possible to construe UFO events, without the presence of non-human entities, as apparitional experiences. Whether the witnesses shared telepathically an input coming from somewhere else is difficult to say. But it is still an anomaly worth investigating, as long as one does not search in vain for the “UFO drivers”. Another line of inquiry is that if the apparitional information has been received through ESP, then it is likely to have a symbolic content that might make sense, but only much later on. This indeed requires a different approach to UFO investigation, as it is about what the witnesses may have in common rather than focussing on an “object” that was likely not there.

Posted by Eric Ouellet at 4:27 PM No comments: