The collective memory of Maurice Halbwachs 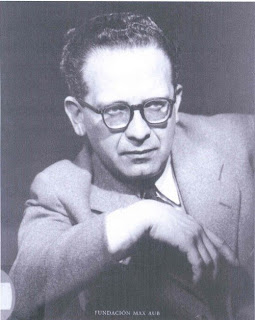 This post is exploring the concept of collective memory proposed by the classical French sociologist Maurice Halbwachs. This concept opens a number of interesting possibilities for the study of the social unconscious and social psi.


Maurice Halbwachs (1877-1945) was a sociologist closely associated with the founders of the discipline Émile Durkheim, and especially Marcel Mauss. He was also an activist engaged in defending the rights of the working class and a socialist. Because of his political opinions, he was eventually deported to Buchwald by the Nazis during the occupation of France, where he died in March 1945. He is known for a number of sociological researches on the working classes between the two world wars, but he is also known for his concept of collective memory. 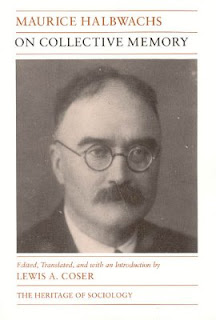 
Halbwachs continued the work Émile Durkheim about the notion of collective consciousness. This notion became useful in sociology to describe mass phenomenon such as the transformation of worldviews during the industrial revolution, from a rural and agrarian setup to an urban and industrial context. Changes in collective behaviour are always accompanied by changes in collective thinking (and it is not necessarily useful to determine which one comes first). The same concept has been refined later on by people like Serge Moscovici to study smaller changes in group thinking/group behaviour like the adoption of psychoanalytical ideas by ordinary people in France during the 1950s. Moscovici described these lower level aspects of collective consciousness as social representations, but it is clear that he is continuing the work of Durkheim and Halbwachs. 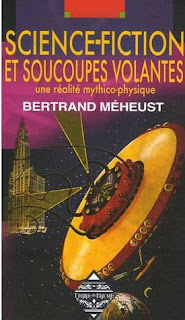 For Halbwachs, the key question was how can we demonstrate the causal relationship between the collective consciousness, which can be found through relatively straightforward narrative analyses of common texts from a given society (newspapers, novels, speeches of respected people, etc.), and individual consciousnesses. Although people like to think they are free thinkers, their thinking is very much shaped by ways of thinking found in the society in which they live. The obvious example of this sociological phenomenon is strange lights in the sky were only construed as “alien spaceship” when space travel became part of common worldviews in the Western world. (For more on this, please refer to the seminal work of Bertrand Méheust on UFOs and science fiction). It was Durkheim who proposed that there was some sort of unconscious social memory (where the representations of the collective consciousness are “stored”) that influences the thinking and behaviour of individuals. Halbwachs went further in trying to define this concept of social memory and to show empirically that it is useful for understanding social behaviours.


To do so, he first challenged the prevalent ideas about memory in psychology (which was then, in France, very much materialist and much closer to neurology – and curiously this neurologic view of memory is quite dominant today in the English-speaking world). Memory, according to Halbwachs, is necessarily a social construct. When one remembers something it is always in relationship to his/her experience with others and codes of social conducts. The first thing people remember is whether the event X occurred while they were with others or by themselves. Furthermore, individual memory tends to be selective, as certain events are more important than others. But the degree of importance is assigned based on the social context (distinguishing what is exceptional from what is routine is always a matter of social situation). Furthermore, he anticipated the neurological research on memory in that as social beings, our views change as the social context around us changes too (child, young adult, parent, retiree, homeless, wealthy, etc), and our memories are re-constructed based on the present social context. Although Halbwachs lived before the age of ufology, his findings about the social nature of memories should be a reminder to anyone interviewing witnesses many years after an event.

Once again, an event that was construed at first as mysterious and unexplainable shortly after it occurred can become "explained" as an alien encounter or a Marian apparition once this idea becomes a common one in the collective consciousness. The alien or Marian “explanation“ of the event is not an explanation but rather an expression of new collective representations. These explanations are expressions of their time and society. In other words, individual memory is also a social artefact. 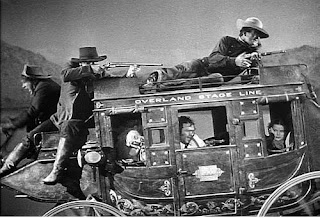 The social nature of individual memories helps explaining how social memories are constructed. Collective in various societies also retains only specific social events because they were socially meaningful at the time, but as time passes some events disappear from the common social representations while others have their meaning changed. A clear example is colonialism. Up to the 1950s, the exploits of colonial adventurers where celebrated across the Western world (and in the United States, John Wayne impersonated those adventurers on the silver screen), where now these adventurers are either forgotten, or represented as the bad guys killing innocent people (once again, in the United States the best example is probably George Custer, from falling hero to unsuccessful actor in a genocide campaign). Memories, whether individual or collective, are reconstructions based on present social identity, social conventions, and social values and norms. 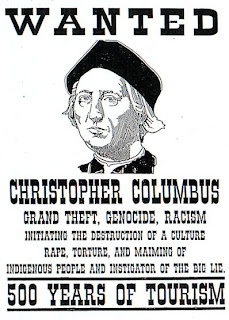 
Halbwachs looked empirically as to how the actual memory selection within a collective and the transmission from the collective to the individual occur. He focussed on three social institutions: the family, religious communities, and social classes. His work was both quantitative and qualitative, and essentially showed how socialization of collective memory is done through these institutions. The process is very much similar to the one of transmission of myths explored later on by Claude Lévy-Strauss.

From the point of view of parasociological research, it is a useful reminder that the social unconscious, (for more see), where it is assumed that social psi could emerge, is constructed through the early phases of a collective memory creation. It would be at this very moment that particular emotional “imprints” occur, while the actual social processes of keeping the memory alive brings an evolution as to how events are perceived and interpreted. 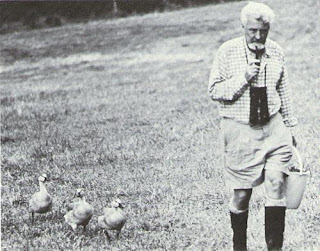 As a short but important digression here, the concept of “imprint” has been developed by the biologist Konrad Lorenz and used by others to assess some deep cultural differences between various countries. Although controversial, Clothaire Rapaille turned this idea into an effective management consulting model for large businesses. Ultimately, this notion of “imprint” is linked to the notion of collective unconscious, as it is a way to describe what remains in terms of affects.


Overtime, the discrepancy between the imprint and the ongoing memory reconstruction might cause a significant gap, leading to either transitional or abrupt “corrections”, which in the latter case (and only in some particular instances) might take the form of a social psi event.

If one looks back at the French 1954 UFO wave, it is possible to see the French defeat of Dien Bien Phu in May and the subsequent peace accord in July as causing a significant social imprint about the “end of colonialism is near”. And it is important to note that colonialism was the key prism used by Europeans to establish their collective identity (linked to the infamous notion of the "white men's burden). Yet, by then the French government started to worry about its most important colony, Algeria, leading to significant increases in social investments in the colony by early November 1954. This led also to the famous quote by François Mitterand “Algeria is France”, and a long protracted conflict to keep the colony, which eventually France lost, not because of military defeat—they actually won on the ground—but because the French society had enough of colonialism. The peak of the UFO wave occurred at the junction of these events, in fact at the very moment when the FLN was created in October 1954—unknown to public—until the FLN insurgents' campaign started in November.

Halbwachs classical research on collective memory offers an interesting sociological hypothesis to assess the content of the collective consciousness and how imprinting events may cause serious dissonance in the social unconscious. These situations of significant imprint do not occur that often in a society. In other words, not all social events create imprint having a significant impact. As well, not all imprints cause necessarily significant and abrupt social dissonance. This helps to narrow down the number of social events that may be linked to social psi effects like UFO waves, and turn this into researchable hypotheses. 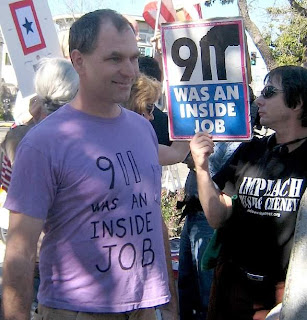 For instance, it is clear that 9/11 was an imprinting event in the American society, but it not was dissonant, and it was not associated with any obvious social psi effect. The events of 9/11 were a reminder that many people in the world have very negative opinions about the United States (something known by many Americans—to the point of putting Canadian flags on their backpack when travelling). Terrorism being the most extreme form of such negative opinion. 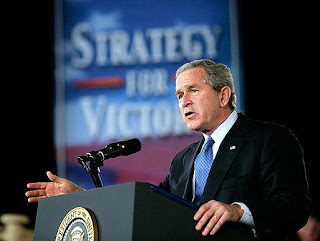 And so, the country was at war again. Yet, the United States is at war since WWII. First, it was at war against Germany and Japan, then against communism up to 1990, then against the drug cartels up to 9/11. The so-called “war on terror”, an expression calling upon the collective memory and yet re-interpreted in light of current events, is very much a continuation of “normalcy”. If there is a counter reaction to all this, it is  a conscious one through the so-called “Truthers movement” that sees 9/11 as an American engineered conspiracy to find another war. 9/11, a horrific event with a significant emotional charge, was congruent with the social consciousness, memory and unconscious of the American society. The lack of substantive UFO events before 9/11 is consistent with this lack of dissonance.
Eric Ouellet © 2010

The whole topic of social unconcious is really our guide, in my opinion to human behavior. The past, possibly the future events intermingled with our social fabric. Excellent read