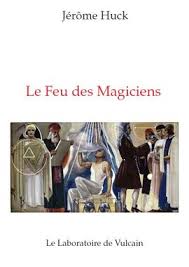 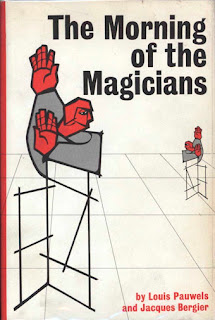 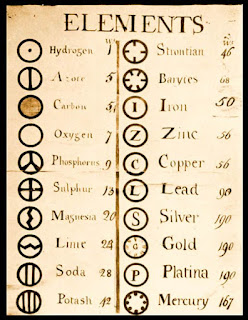 Unbelievable. Or rather what I mean to say, I myself became obsessed that alchemy is the key to UFO physical traces, but I can't prove it, as I haven't even bothered blogging on UFOs and related. I also looked at some cases from the point of view of the alchemical symbolism of the physical elements associated with UFO cases of that type, but never made the kind of connections Huck has made (just going by the one example you give). He clearly has gone deeper than my own intuitions here.

I myself have become obsessed with the notion that the alchemists broke through to the deepest secrets of Nature and Man (whatever superstitions may cover it all up), I did so reluctantly, almost against my 'better nature', but now consider that their work is the compliment to the Shaman and an animist, vitalist worldview (the former from the PoV of the classical scientific culture). They are 2 sides of the same coin, the narratives appear different, and are, but they converge at a vitalist paranormal center, where Word and Matter intersect. This alchemical reality (and shamanic reality) to ufology, leaps out at one, when one looks at ufology from a paranormal/parasocial perspective. I'm only surprised you haven't pointed it out yourself Eric!

My French is poor, since I haven't made use of it in decades. You should consider translating this book yourself Eric, if you can find a publisher to pay you for the effort. Perhaps your own?